Fizz has been having a few problems with the livestock today, I’ll tell you about that in a minute. The day starts with feeding the animals.

It’s probably best not to mention what Fizz had for breakfast, that might have been what started her off.

Even before Fizz gets fed and before it gets light, the early bird gets the worm. 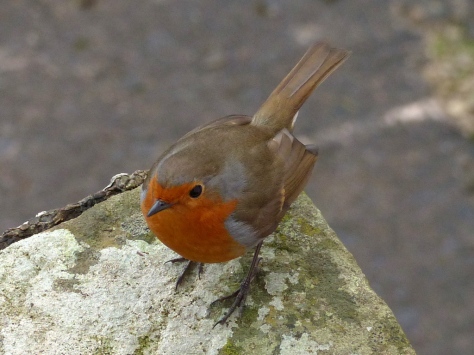 The Robin tried to land on my arm last night but it was getting dark and I didn’t see her coming, so suddenly there was a lot of fluttering as she tried to perch on my arm and taken by surprise, I moved my head quickly and I think that I said, “Hello” and I scared her off. This morning we were friends again.

There have been a couple of notable birds on the feeder this week. Long-tailed Tits have been here for the last few days. They don’t visit very often so it is nice to see them.

They arrive in small flocks and feed together. I have counted eight of them on the peanut feeder at the same time and you can hardly see the feeder for feathers. A very beautiful little bird. 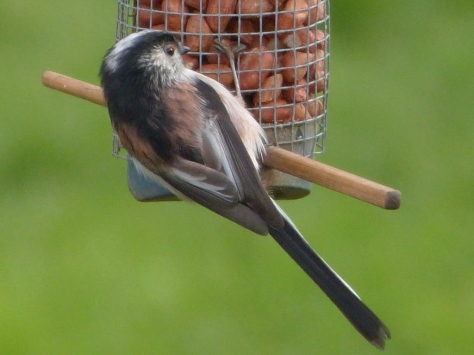 There was also a Woodpecker on the feeder today. I haven’t seen a woodpecker since the little ones fledged last summer so I am hoping that she will start visiting regularly again.

Goldfinches are back in their charms. They disappeared late in the summer when the thistle seed appeared but they will stay here now.

Then it was time to feed the Sheep. They have really taken to this idea of being fed and when they see me they come running, it doesn’t matter if I have got food or not, I might just be taking the Dog for a walk.

This is a rubbish, short video but you will get the picture.

I cut the video so short because the camera was shaking, I wasn’t scared, just common sense really.

They are eating pellets, well it says “Sheep Food” on the sack that I get them from.

They are all enjoying their food except for that white one at the front, that one is always focused on me. I think that this must be the Bull Sheep (if there is such a thing). It is the one that I observed in my last post and it is always in front and always the first to approach me. 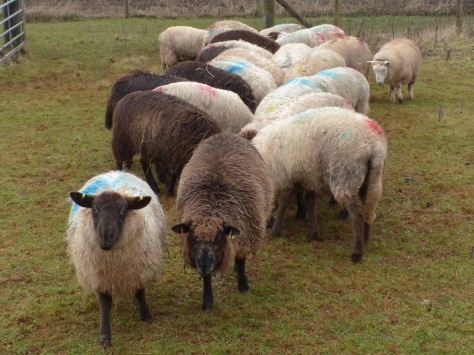 As Fizz would say, “Remember this face.”

So I went back and fed the birds some more and played with Fizz in the garden. Then I was cold so I went and got some breakfast and coffee.

Then it was time to walk the Dog.

Remember that I said it doesn’t matter if I have got food or not, they come running when they see me. 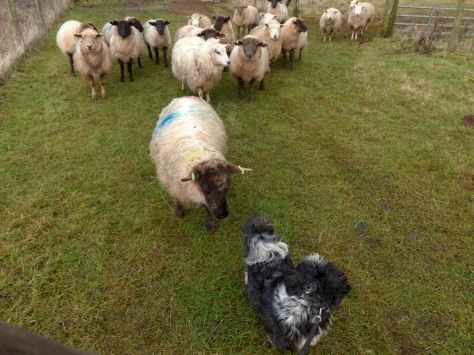 Oh! That army. Col! They’ve got an army.

You can stop that.

The Bull is interested in my Dog as well as me.

Well, I rescued Fizz from the Sheep and we had a nice walk and a game of ball, on the way to the woods to check the trail camera. 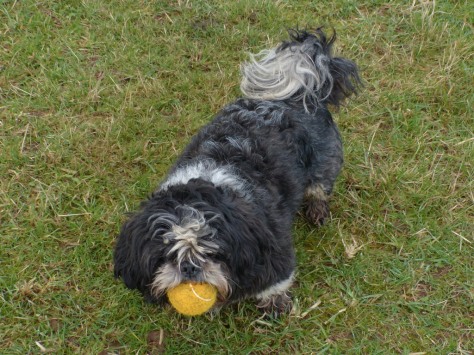 Now I would like to have some kind of reference to nature in my blog posts. There is not going to be a wildflower bit at the end of this post because I have been having major problems with my new operating system. It is fixed now but it took me all day yesterday and I am behind.

One little nature observation though… 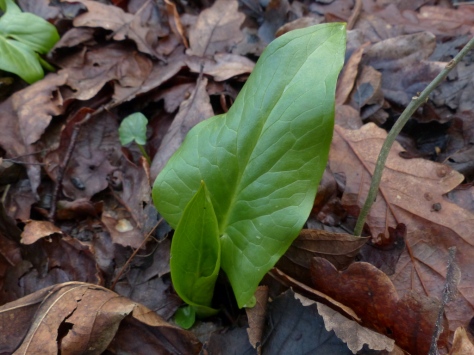 Wild Arum, Arum maculatum is coming into leaf everywhere. We won’t see the spathe until April, it spends a long time as a leaf but it is still nice to see another little sign of spring. 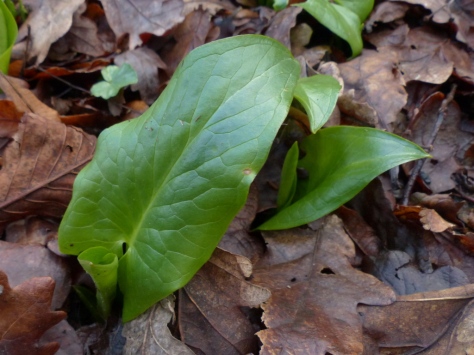 Things are not going well up in the woods. The camera has been out for four nights and all we have seen are Foxes.

This is a very nice Fox but I have watched 150 videos of Foxes and I wouldn’t mind seeing something else.

That was just one video that I more or less picked at random. It has a nice atmospheric sound track.

As we walked back to the farm we could see them all waiting for us. 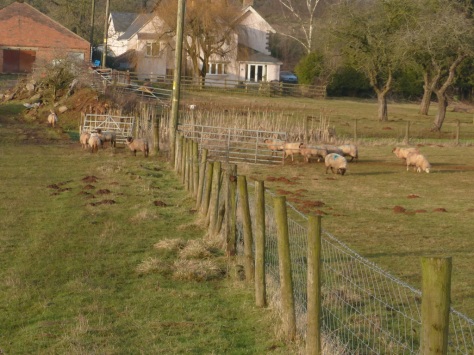 It was time to run the gauntlet once again.

There were familiar faces in the crowd.