This is Robin’s Pincushion.

Well I saw one last night on Clare’s blog “A Suffolk Lane” and I thought to myself, “I haven’t seen one of those in ages.” So Today Fizz and I went to look for one.

They grow on roses and we have lots of wild roses in the hedgerows around the farm, I packed sandwiches and water and off we went.

Fizz ate all of the sandwiches almost as soon as we were out of the door so that left me free to poke around in the hedgerow and take photographs. Here are some of the things that we found.

We found miles and miles of cable running through the hedge and thought, “Hello, it looks like the Badgers have bought themselves a computer”. So we followed it. 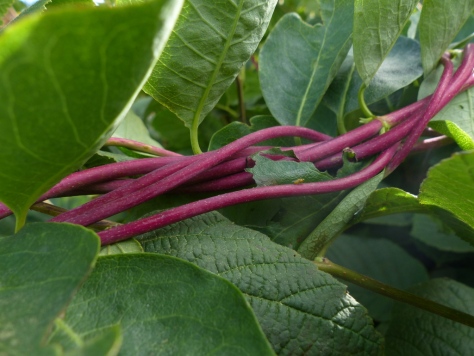 But all there was on the end of it was some flowers. 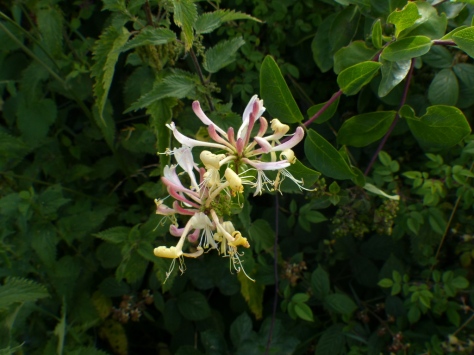 We found lots of blue berries on the Blackthorn that weren’t really blue.

The blue dust rubbed off and they didn’t look very ripe yet. 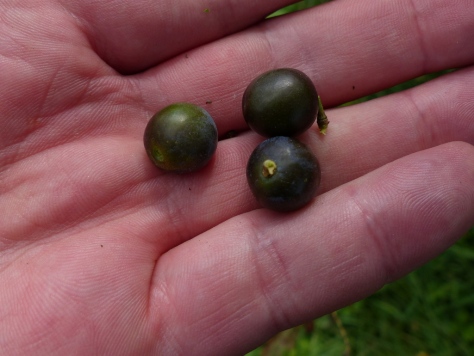 In fact being green was beginning to feel like a theme. The Rose Hips that we had seen were still a long way off. 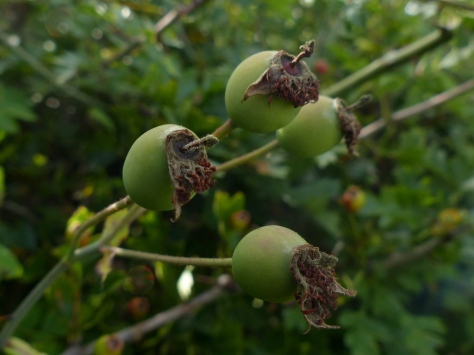 So were the Hazelnuts.

Elderberries were only just starting to colour up.

And the Hawthorn still has a way to go.

The only thing that I could find to eat (Having lost my sandwiches to a card cheat earlier in the day) was the occasional Blackberry. 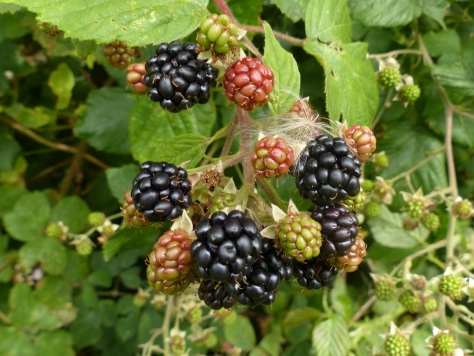 Finally we found the Rose we had been looking for. 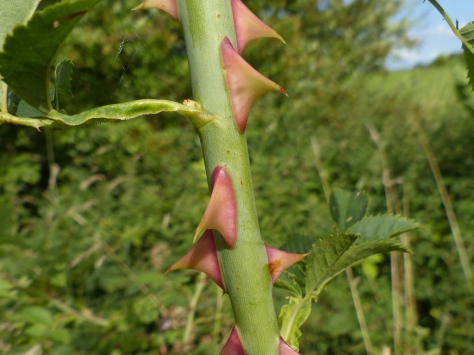 There right in the middle of the bush and just behind the friendly thorns was the sweetest little Pincushion ever.

Robin’s Pincushion is a Gall made by the wasp Diplolepis rosae. The wasp lays about sixty eggs in an unopened leaf bud of Wild Roses (Dog or Field Rose). A chemical reaction then causes this weird and wonderful distorted growth that becomes home to the wasp larvae. 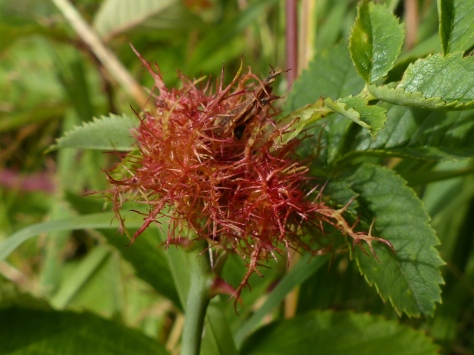 I am really pleased that we found one today. 🙂 I haven’t seen one of these in ages.

27 thoughts on “The Search for Robin’s Pincushion”